So, if leave me alone for a little bit, sometimes my curiosity gets the best of me. Especially when I’m trolling IG or Twitter. So after following some local Sacramento IG’s and having some new Twitter friends, I saw this whole Sac Tweet Up thing. I’m pretty sure I’d seen the Kurpo’s & Rivercat’s one via social media, but I never paid too much attention. But since I’ve been into trying new things, I decided I’d give it a whirl.

I’d like to think I’m good at Networking, but my last two Alumni networking events have proven the complete opposite. I can talk to people, but it still get’s a little awkward at moments. Which is why I set out to mercilessly to recruit others to check it out with me. So I guess, I’m only half adventurous! I positioned this as a social event with some networking involved, sounds tempting, right? I do know you can also win prizes…have I convinced you yet?

If you still wondering what I’m talking about, here’s some deets pulled directly from sactweetup.com:

“Sacramento Tweeps getting together to revel in the phenomena that is
Twitter.com. Our Events are 2-parts Social, 1-part Business and are an
excellent opportunity for everyone to network, connect, & build new
relationships!

If you’re looking to start up a SacTweetUp or connect with one, we’ll
be covering all the events that are happening in the Sacramento area.”

It should also be noted that, I coincidentally decided to partake in a five day social media detox. Yes, I’m the really bright girl who signs up for a tweet up while swearing off social media. It makes all the sense in the world right? What a dumb f**k, that’s probably what you’re really thinking! But the Boy and I made this thing/bet/whatever the hell you want to call it and so I have to stick with it. My normally lacking moral compass, seems to be spot-on right now, so no tweeting at a tweet up! {Did I just write that?}

Here are some of the basics of this Tweet Up:
Who: Anyone and everyone in Sacramento or surrounding regions (no Twitter account necessary)
What: #SacTweetup 53
Where: New Helvetia Brewing Co.
When: Thursday, 7/31/14, 6PM-8PM
Why: Directly from their email >> The original purpose of SacTweetup was to get people off the computer to
give them the chance to connect in person, to meet new friends and
deepen relationships, all while supporting local businesses and
restaurants.

I showed up fashionably fifteen minutes late and sat in my car until the Bestest got there. Yeah, not bold enough to walk in solo. As I was looking for (residential) parking, I drove by the brewery and it looked packed. Also, the weekly running club, Sloppy Moose Running Club, were congregating outside before they started their insanely hot run.

A little apprehensive, a little whatevs…we walked in. They had a little sign-in table right away and a lovely name tag. Don’t forget to write your Twitter handle…even if you are on a social media detox diet (as my friend dubbed it). They also gave us a stamp, which was our ticket to a free beer…whomp whomp for beer! 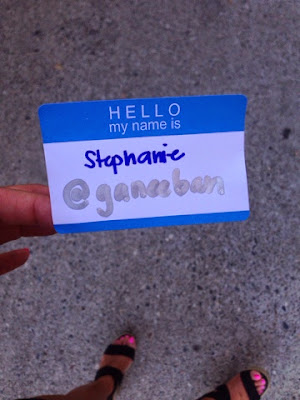 When you walk into New Helvetia you are at the corner of an “L” shape, you can to go the left or the right and it extends to more seating areas. The bar also follows a “L” shape, so you can order on both sides of the brewery. I had completely forgot that I had invited some of my long time guy friends to join me (rude friend, I know). So as we saw them right as we came in, they secured prime real estate with a booth and chairs. Of course we said our hello’s and went straight to the bar to get our freebie. 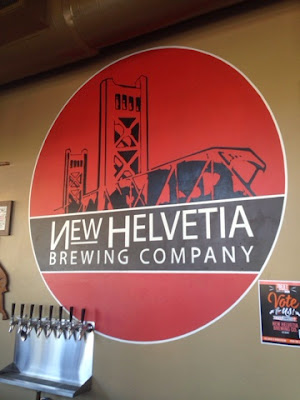 Not gonna lie, I was super sad that all they had was beer. I even did research before we went, so I knew this was the case. I thought I’d have to suck down a drink with continual bitter beer face. But…ahhh ha! They sell Kombucha. Yeah, you read that right. I got my hippy freakin’ dippy on and and had some fermented team with an ABC of <.05. Somebody’s getting Kombucha wasted…said no one ever!! I will say, that although I’m not a regular drinker of this beverage, this melon flavored option was tasty! Just don’t ask how it’s made…it will surely gross you out!

Once we secured our adult beverages, we scampered back to our table and basically only chatted with our group. I mean really, none of us knew the etiquette of a TU. We were just thankful for the free drink. We were also bummed that there wasn’t food sold here, but again, they had us covered. They had a taco truck sitting outside for the whole night! Not one of those roach coaches everyone scorns, but one of the boughie, new trendy ones 🙂 We sat and caught up for awhile, then we decided we were hungry. So we went outside and got our taco truck on! 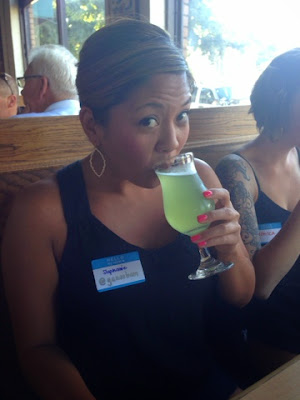 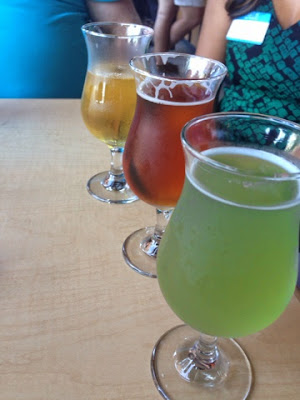 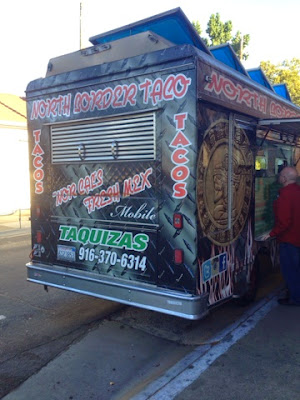 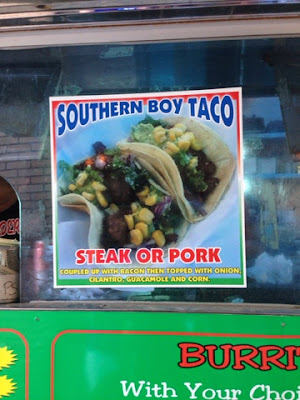 Sweaty and hungry, we came back into the TU with our food. The food was delicious. I mean a free drink and some tacos, why wouldn’t you want to attend a TU? The Southern Boy Taco apparently comes with sour cream, but the picture does not say that. The crunchy taco was bomb too…there were absolutely no complaints from this girl!
Fully fed and drinking a basically non-alcoholic drink was actually pretty fun. It helped that I was hanging out with with two friends I’ve known since 3rd grade, one I’ve known since 7th grade, one I’ve known since before Kindergarten, the Bestest (going on 13 years), and one of the boy’s GF’s who’ve I’ve kinda known for a few years! The good thing was that they all know each other very well too, so all we did was laugh. The continual joke was that it was all of our first time at a TU and we had no idea what the hell these things are?! It was also super random, that our other good friend from HS chose this moment to face time me. Of course, I couldn’t not pick up a call from her and her three adorable kids. We couldn’t hear for shit, but their faces more than made up for it! 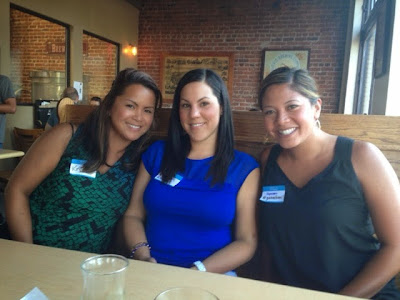 As promised, they offered a raffle for everyone who was tweeting and IG-ing using the hash tag. We know that I didn’t win anything, since I couldn’t post anything. Right before the raffle, the table was scrambling to post pictures and use the hash tag to win prizes. Sadly, they were all too late. But it was a sight to see, especially since M is not very IG savvy and couldn’t figure it out!
All in all, we decided we aren’t good at networking. We are good at drinking adult beverages. We are good at hanging out with people we know. We are good at having a good time. That’s about it, but we did enjoy our first Tweet Up. If you give us a free drink, it’s basically guaranteed we’re happy campers!
Another good thing that came out of our Tweet Up adventure, is that we decided we all nee to hang out more often. We enacted a once a month dinner, thus called “Fat Kids Club Dinner,” which of course I’m in charge of setting up every month. I’m okay with it, if each month is like last night. We stayed past the end of the TU, while the group finished their beers. The time was also spent debating where we’d all go next for dinner. Various locations were thrown out and shot down, but we ended up with Sushi!
Almost $300 later and bellies full of sushi, beer, and tweeting antics we all went our separate ways! I’m glad the TU went the way it did, even if we didn’t meet any new people or branch out, it was a way to reconnect with good friends. I don’t think I’d mind going to another one, I’ll just have to recruit the gang again!
Not being able to tweet at a Tweet Up is just wrong!

Diary of a Non-Cook: Lasgne