Limbo // My life right now. Half of my room at the new house and half at the old house, it is convenient that they are right next door to each other, but still SO inconvenient. Living in limbo is what I keep calling it. No cable or Internet at the old house, where we spend most of our time. #FirstWorldProbs, but thanks to unlimited data, I just keep using my iPhone. Finally, MOVING DAY is on Saturday! Peace out gross Craigslist roommate and hello cohabitation life!

Social Media Etiquette // Oh hell NO, I’ve been blocked! If you’ve never said this then you are a saint…in social media standards. Once I realized I was blocked, I obviously thought “why?” and I still am wondering “why”? Although it’s not really any of my concern, it is an interesting dynamic. Another bonus is when said person decides to “friend” you. Haha, so dramatic right? It just gets me thinking about social media etiquette (which I’ve discussed plenty of times). There are so many unwritten or unspoken rules in the social media world. Things I never, in a million years, would have thought would have been something that would take up mind space over ten years ago (or whenever pre-MySpace was).

Delivery // It’s all in the delivery!! You could be saying the smartest, most thought-provoking thing, but if you can’t deliver it correctly…it gets completely lost. As is with emotions, feelings, and thoughts. Tact doesn’t come natural and neither does the ability to articulate yourself in various settings. I’ve noticed that people who aren’t good with their delivery will fall back on them “not caring” about how people react to what is said. You can’t teach tact.

Training Schedule // I think I’ve found the right training schedule, however, it gives me no actual rest day. Not that strength training is a rest day, but it’s as close to a rest day I’m going to get:

The Food Industry // Back at Poly, in one of my higher level Marketing classes we learned about slotting allowances and skimmed over food manufacturing, from a marketing perspective case study. I sat there, going through the motions, thinking “I’ll never have to deal with this when I’m in the real world!” WRONG! My life so heavily revolves around food – work and personal! The one thing about the food manufacturing industry is that most companies offer a yearly bonus! I only say this because I’ve worked for two different food menu’s and both places offer(ed) them. That being said, it’s bonus week and I couldn’t be happier. Even though it is gone almost before I deposit it! Still grateful…

Noah’s Bagel // Perfect, carby pillows of goodness, that resemble a donut. Who wouldn’t love these carb delicacies straight from Heaven? I’ve been bagel obsessed my whole life lately! My willpower used to be much better and I’d buy those awful healthy Bagel Thins and convince myself they are delicious. When in reality, we know they are nothing compared to the real deal. Anyways, I’ve been making weekly visits to my local Noah’s…and my waistline is feeling it. I guess it’s time to visit my old friend the Bagel Thins 😉

See You Next Tuesday // I hate this word…but I think this is hilarious. The Bloggess put it so eloquently as she usually does! 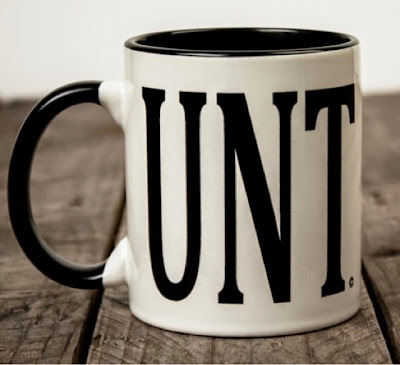 H A P P Y // So I thought I’d end the post with things that are currently making me happy: Celebrating 3 Years of Girls Night tonight / Buying everything for the new house / Moving / Paying Bills & Donating / Finalizing my training schedule / Thinking ahead to 2015 / A savings account / Making the best of situations / Hot Tamales reuniting on Sunday evenings (co-ed soccer team) / Thanksgiving / Holiday Season / Cranberry Bliss Bars from Starbucks (when they release them) !!

Verbal purge, at its finest…