The calm before the storm…

Rose: Celebrating birthdays and New (Lunar) Years with friends and family!
Thorn: Not doing my recovery run on Sunday.

And by calm, I mean completely busy. But, there were some relaxing moments during the weekend. Lots of obligations, but with family and friends – so they don’t feel like obligations.

Friday
L wasn’t feeling well, so we let her sleep for a bit before J went to pick her up. Since Napa is a week away, I didn’t want to get sick. We had our evening planned in Folsom, but with the change in plans I stayed home and cleaned the house. Felt great to finally have the house feel in order! We’d been slacking a lot on that front, especially in our room.

When they got home, L looked pretty bright and cheery, just sporting her PJ’s. I was craving Pronto for dinner so I ordered it to go for us, we’d have our usual Friday Family Date Night IN this week! When I got home J and L were playing a board game, so we put it on pause mode and ate our delicious, carb laden dinner! 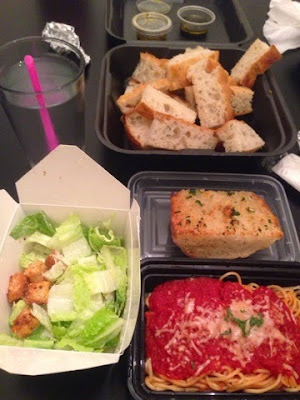 Before they resumed their game I surprised them with some gelato. I’d also been hoarding our free gelato coupons from L’s kids meals and I decided it would be best to get us all a scoop for dessert! After the game was concluded, J lost of course, it was time for bed. L was still feeling under the weather and I had 10-12 miles in the AM, so it was an early bed time for everyone in our household! 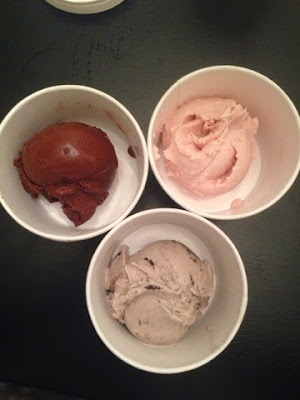 Saturday
Same ‘ol routine for the past 12 weeks. Up at 6AM, diddle dawdle around, and eat the same breakfast I always eat. I actually got my last taper run in and it didn’t go so bad, but I wasn’t trying to win a race or anything. This weekend was much cooler than the past two weekends have been, but I hope it starts to warm up by this Sunday! 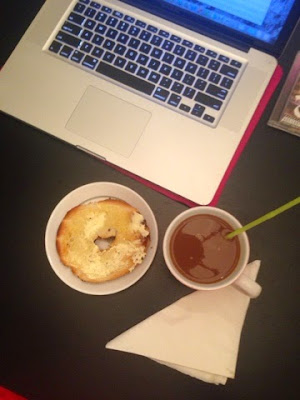 My run was just as common as my morning routine. An out and back for six miles on the ART. The run felt good, but towards the end I didn’t feel that strong. I was able to average a 10:05 mile pace, however, I can’t see this happening for the marathon. My revised goal is to be done in 5 hours. After my usual post-run selfie, I headed home to shower and get ready to go to Teo’s game (J’s nephew). Every weekend this kid has games, we try to go to them, but it doesn’t always fit in the schedule. This week was the semifinal game and it was a good one, the boys smashed the other team! 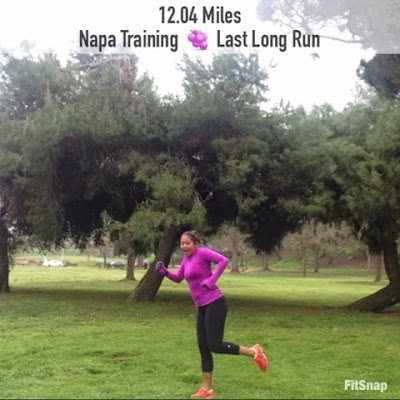 After that we rant to the mall to look for a birthday gift. L was dying of thirst, so she says, so we grabbed her some water and I got an iced coffee. But I decided to get us all a treat, because the cookie looked so damn good. And it freakin’ was! Nordies seriously does everything right, from their cookies and iced coffee to their entire menu at the cafe. I love that place – eating and shopping, it’s magical in there! 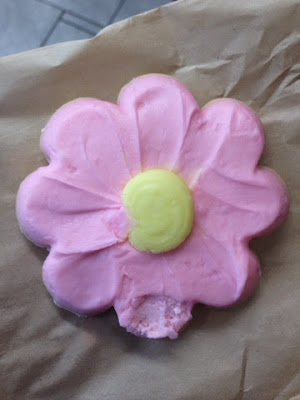 Please let me whine for a second! I’m a Hallmark obsessed human and to find out that my two local stores are out of business makes me borderline depressed! Where am I supposed to get my cards from? Cards are my thing…

Back at home, we didn’t have much time to get ready, but we did find a little time to relax and play with some of L’s newly opened toys from Christmas. Then we all got party ready. We had 3 parties to attend to on Sat night. Originally it was only two, but then my family decided to throw another one in there.

Quick Target trip to get the final touches for our gift, then we were off to Jen’s (and her cousin Tina, who we’d never met before) birthday party. I love the way they party! They opened their house (Tina and BF Andrew) to both of their families and friends. They had tons of appetizers, sweet and savory, tons of food, a fully stocked bar, and tons of space for the kids to run about. Their home was super cute and perfect for a birthday party. They even went to the lengths of having a photo booth area, an app associated with just their party, and their own hash tag too! The Photo Shots app was fun. You had to download the app and you could only take pics through the app, but once you did they uploaded to the app. Their TV was set up with the app and would stream all the pics anyone associated with the party would take. To associate yourself with the party, you went up to the TV and scanned the QR code and then you were all set. I’d never seen this before, but I was in awe!

Plenty of shots and photo booth pics later, we had to leave to head to my families February birthday celebration! Once there, we said our hellos, ate some food, played some FIFA, and then left. I think we were there for less than an hour, but was able to spend some good quality time with the fam. Once gain, we were on the road to our last stop. 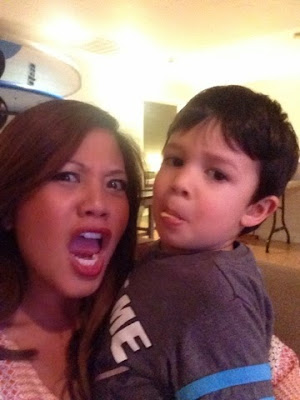 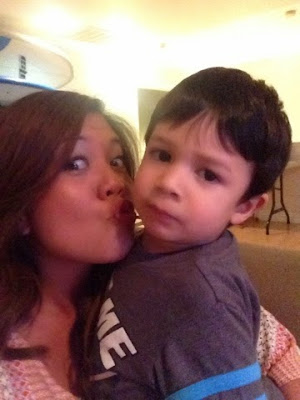 J’s best friend, Jason (most call him Jay) had invited us over to celebrate the Lunar New Year with him and his family, at his parents house. Going to their house is always a party, tons of people and food, just as it should be. His family is Vietnamese, but they still have very similar traditions to the Chinese ones that I am accustomed too. His entire family spoiled L and she left with a handful of lai see, which was a new experience for her. Jay’s Mom even gave J and I a lai see. We played Bingo, buy in and a winning pot, took more shots, and mingled with everyone. Although we wished we could stay longer, we were all exhausted, after awhile we decided to make the trek home for the night. 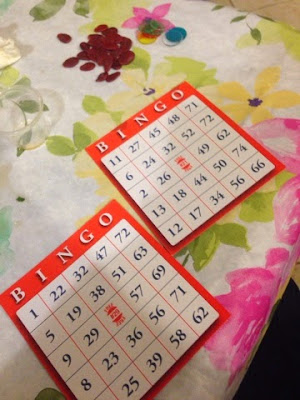 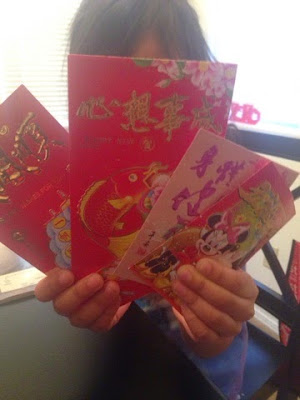 3 parties in one night, that hasn’t happened in a long time, or ever! Needless to say, sleep came easy that night!

Sunday
Spurs Sunday this week. J actually slept on the couch, since the game started at the ungodly time of 3:55AM! I slept like a baby, being exhausted from the events of Saturday and having the bed to myself! When I woke up to get ready to go for my run, L greeted me downstairs by surprise. Her and I were having a good time hanging out and eating breakfast, that I decided to postpone my run until the afternoon (but never got a chance to actually do the run). More cleaning and hanging out happened until it was time to go to J’s game. 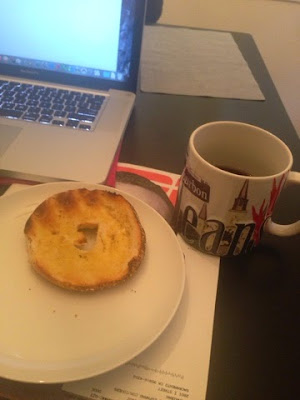 We dropped J off to get ready for his game and then we went to Whole Foods nearby. I grabbed a snack and L got a kids lunch box. I didn’t know that they had a little bowl in the cheese section of odds and ends, or the “butts” of the cheese. The pieces are small, snack sized, and reasonable in price. I was stoked to find that little gem. Once we snagged our treats we headed back to the game. 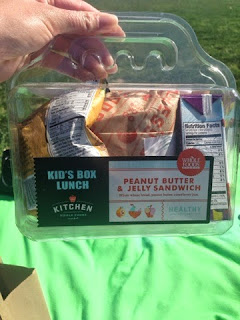 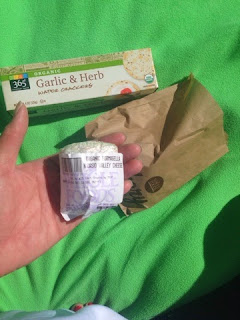 They got smashed, 4 to 1. After the game we caught up with Jen, who’s hubs was playing after us. She looked great for having had partied the night before! After the game we grabbed some groceries and then a late lunch for J and I. We hit up our local taqueria. We made a last minute decision to go and see Jay’s step daughter perform on the Grid, so we showered real quick and headed to the Sutter Club to watch them do their New Year’s performance. The Sutter Club is basically a richy, rich type club with memberships for the wealthy. They host a Chinese New Year dinner every year and Tracy’s (Jay’s wife) daughter and Mom were performing. There was an orchestra, a dance, and the dragon performance. L had never seen the dragons before, she was enamored. We couldn’t stay for the whole dragon performance, since L was going to get picked up. Sadly, we left before it was over. 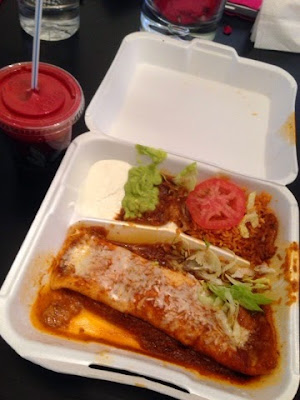 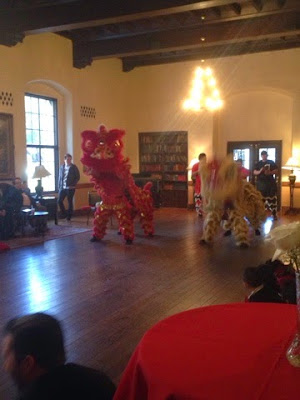 We said our goodbyes and L left for the night. We then hit up B to see if he wanted to meet up at a local, new spot called the Federalist. He was game, so we met up for some adult beverages and pizza. I was kinda aware of the set up, but not really. They’ve taken old containers and formed them to make an outdoor type bar/restaurant. They have tons of local beers on tap, wine, and food. But since it is outside, it was fairly cold while we were there. Not to mention some really drunk guy peed in the girls bathroom, but missed completely. Annoying! The wine was overpriced and the pizza was decent, not sure I ever need to go back there again. It would be a great spot if you were on a bike tour, riding around with a group on a warmer day. 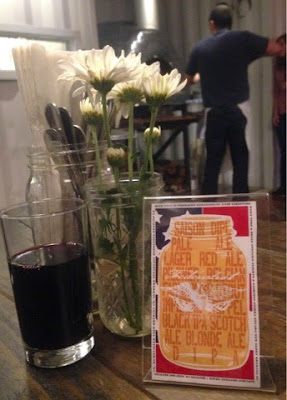 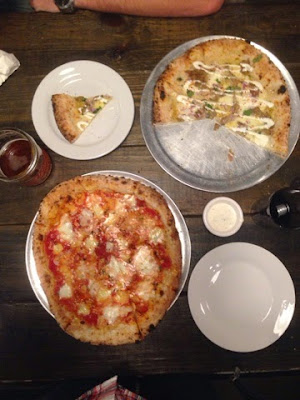 We didn’t do much the rest of the evening. Just a little more wine, since I don’t get to drink it all week, some TV watching and relaxing. I did kill the rest of my gelato…

Trying to forget that I have a marathon in one week!

A Day in the City