Distracted to say the least…

…but not enough to get a good ‘ol TOL post in. I guess when given then opportunity to ramble, I take full advantage, even if my mind and heart are elsewhere. This week seems to have flown by with so many post-work activities I haven’t had much time to relax. Hoping tonight is different and hoping my old lady ways let me say up to catch some OITNB episodes! Season 3 is HERE!

TOC // The Lovebug made it to the Tournament of Champions, so this week has been baseball heavy. Monday, Wednesday, and today will be spent at the field, cheering on #15. Sadly, they didn’t win last night, so that’s why they play again today, but they should fair well tonight. I plan to be there to cheer him on. After TOC’s are All-Stars, which he made that team as well. I feel bad that I haven’t seen his older brother pitch all year, but I’m making it a point to get to one of his games in the near future.

NONO // HestoPresto, or Chris Heston, threw his first major league no hitter against the  NY Met’s on Tuesday night. What a game for the Rookie, especially since he didn’t go four innings in his previous start. I was over with J’s fam, so I wasn’t watching the game. I got an update in the 7th inning that he was throwing a potential no-no, but didn’t watch at that point. Then when I got another update into the 8th, I ran to watch the rest of the game. To add to the awesomeness, he had great at-bat’s for the evening, he went two for four with two RBI’s. I think we are becoming too accustomed to no-no’s, because we’ve had one every year for the past four years….oh and add in Matt Cain’s perfect game too!

Ate // or Auntie, either way I love that title. I know I’ve mentioned this before, but someone posted this article on FB and I loved it: Why Child Free Aunties Are Amazing. I guess its kinda narcissistic that I enjoyed this article. I did appreciate the last bit, in regards to the statement “You don’t understand, you aren’t a Mother.” At least that author recognizes her statement as being hurtful (re: annoying) and is owning up to it. I know my time and actions will change if I ever have a child(ren), but for now I get to be the child free Auntie that spoils, plays with, and loves your kids!

#Active4Asher
// It was by pure chance that I met this amazing family, a little over a year ago. J and I went to the SRA fun run to celebrate National Running day, where we were approached by David and his wife. They were interested in our November Project (RIP) shirts we were sporting. They ended up coming to a workout and our friendship blossomed. There aren’t too many people that walk in your life and inspire you. I am inspired by Paula (wife) and David for so many reasons. They are runners, individually, as a couple, and as a family. They are raising four amazing little fellas. Their youngest, Asher, was diagnosed with
Chromosome 13q Deletion a little less than a year ago. Stop by their blog and read about the struggles and triumphs they endure(d), especially that little tough guy Asher! They’ve declared this Saturday 6/13/15 as #Active4Asher day! They encourage anyone to get out and get active, in any way, shape or form – take a pic and tag with the hashtag. If you’re local, we’ll be meeting at William Pond Park on the ART at 9AM to get some fitness in – any distance you’d like to do. Not only have they done this all on their own, they are even offering a prize for the best post using the hashtag. These two (actually all six) are something to be inspired by. 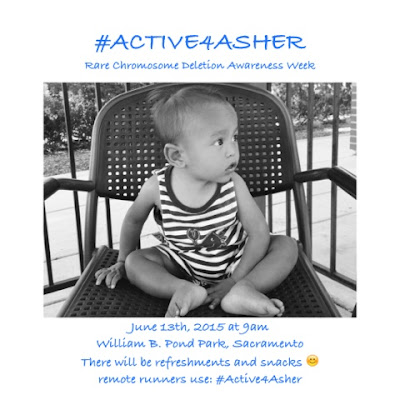 3mules.com // Have you ever heard about this fell and his mules? He walks with them everywhere and I happened to see them all yesterday as I was on my way back to work after lunch. Once they arrive in Sac, they turn right back around and head toward San Diego, stopping to deliver the Declaration of Emergency at City Hall’s across California. It was an interesting sight to see, especially on the Grid.

Summer Break // Not for me, but for most of my teacher and school staff friends and J! Congrats, you survived another year and making an everlasting impression on kidlets! Kudos to you, you have a tough job and don’t get paid nearly enough for what you are doing. I had the Guidette make these treats for J and his staff today, to celebrate their last day of instruction…since they do have to go back tomorrow. The Guidette is way too talented and these little nuggets came out awesome! 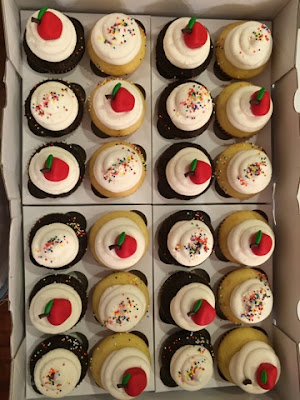 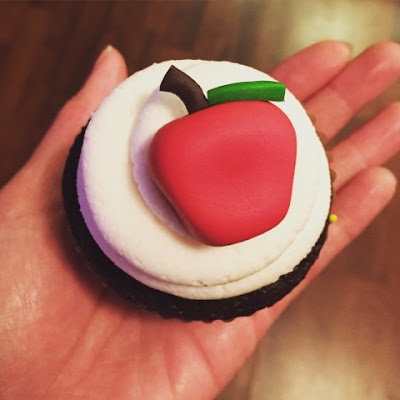 Diary of a Non-Cook: Lasagna Roll-Ups