I’m bound to be successful one time, right?
I can curate the hell out of something, but I’m just not that interested in cooking. But now that I’m considered an ‘adult’ I always ask what I can bring for any family event. They are nice and forgiving and always give me something fairly easy to ‘make’!
This years option was a fruit plate or an appetizer. I said I’d bring fruit, but decided to bring an appetizer on my own free will. Tempting fate, I guess. I wanted something warm and gooey, the weather was begging for it. I went over to good ‘ol Pinterest and hit up my Finger Foods board.
I found the perfect recipe, thanks to Will Work for Smiles. Minimal cooking, ingredients, and time required to make. I had a 5k the morning of Thanksgiving, so time was an important factor.
Luckily for me, J did all the grocery shopping for both of our contributions, all I had to do was make them!! I’m so grateful that he helps out in all facets of our household, I appreciate the give and take. He did help with the fruit, while he watched his beloved Spurs play — I’ll take any help I can get 🙂

I’m not sure if I’m being redundant, but I am pretty grossed out by Mayo. I know it is in some things I eat, but I try not to cook with it if I can. That and also because we’d have to buy a whole new jar just for a recipe and then it would go to waste. So, instead I used trusty ol Pinterest again and looked up a substitute, although I was pretty sure I knew what I could use (this isn’t the first time I’ve done this). I decided to use Greek Yogurt instead of Mayo. I also realized that I didn’t have a cute baking dish like the picture, so instead I just used a boring, non-festive pan which was a little too big. It didn’t look as aesthetically pleasing as her pic, by a long shot!

I followed the recipe and made a few minor adjustments with the ingredients and time I had. I even got fancy and used the the ‘broil’ function on my oven. I think I’ve only used it once or twice, so again, it was a gamble. But I it gave the cheese a nice golden color. I guess I can keep talking about it, but a picture speaks louder than my words. 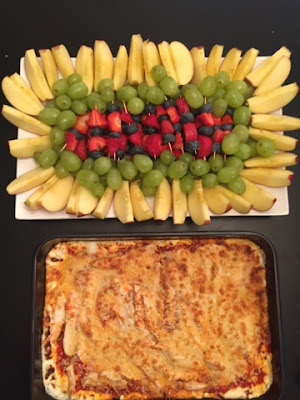 It is so far from what the original picture looks like, but it did look edible. I guess its more important if people actually think it tastes’ good. According to my family, whom I’m still not sure if they say things to pacify me, it was good. J really liked it too. Again, I’m not sure if they eat and compliment my contributions so I will keep trying. Who am I kidding?! Actually, they are all way too honest and forward to keep their real opinions to themselves. It passed the test this year. I’m slowly getting better! 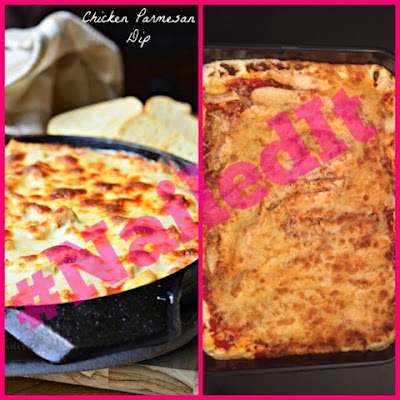 I Hate the FitBit!