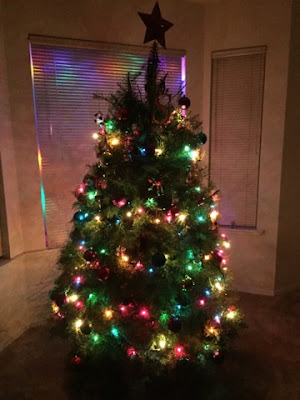 Big time! You know exactly what I’m talking about. That f&*%$ing Elf on the Shelf (EOTS). Being the baller-on-a-budget lady that I am, I decided it would be a great decision to purchase Elf on the Shelf at a great deal of 50% off at Target, the day (or two) after Christmas last year. I packed it away with all the Christmas stuff and didn’t give it another thought…

…until the Saturday after Thanksgiving this year. I was unpacking all the Christmas decorations and I came across the Elf on the Shelf packaging. AND so did L! At the time I didn’t realize what cardinal mistake I made, but I do now.

To be completely honest, I didn’t really know what the whole EOTS was all about. I just knew it was a creepy looking little doll that parents set-up doing something new every day. I only knew what I saw on social media. I never knew the back story, I just enjoyed the silly posts I’d see on-line.

She was dying to read the book that came with the package, I didn’t think anything of it. We got so busy with decorating the entire house and other stuff, we didn’t get a chance to read the book with her. Then on Sunday I did a little research and realized she wasn’t supposed to see the packaging and the EOTS was supposed to just ‘show up’. Opps. Fail!

Again, Sunday we didn’t have time to read the book together, so the elf and packaging just sat out all day. It wasn’t until Tuesday, December 1st was I actually prepared to introduce  (research completed) EOTS to L. I knew J was still in the dark, so I sent him a link about it too. I also pinned a few ideas and sent him the board, just for extra visuals.

Tuesday evening came around and she met her elf. J and L read the book and I (kinda) listened. So the book contradicted what actually happened, but thankfully her memory was imperceptible. She was a little confused since she saw the packaging the week before, but I played it off magically…if I do say myself. She questioned it, but didn’t persist, she was too excited about it all.
I guided her to be excited about picking a name for her and reading the book. We learned you aren’t supposed to touch her and she reports back to Santa each night.
This is for sure some White people shit! I say that in the nicest possible way, hopefully without offending you. Once I realized my commitment, I was annoyed that I fell sucker to this holiday fad. But, L loves it. So I don’t have a chance of stopping, nor do I want too now that I realize how much she loves it.
There are your over zealous Pinterest moms (or parents or just Fathers) who get real creative OR there’s people like me. I borrow (re: steal) the creativity of others. So I thought I’d document the stupid shit I do with our dumb EOTS!
Oh and yes, our elf’s name is Linda. Yup, you read that correctly! I tried to get L to spruce it up or make it crazy, but she liked that name, really liked it!
So let see what Linda did her first week in our house: 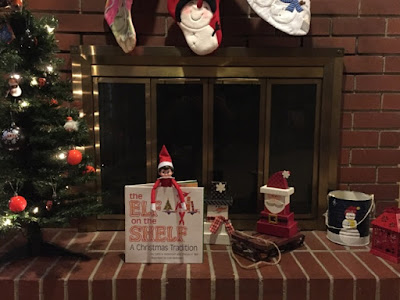 December  2 – The Miley – channeling her inner Miley Cirus and wrecking ball!
December 3 – The Zip Line – had to show off for Girls Night! 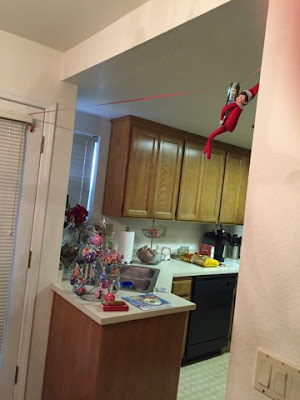 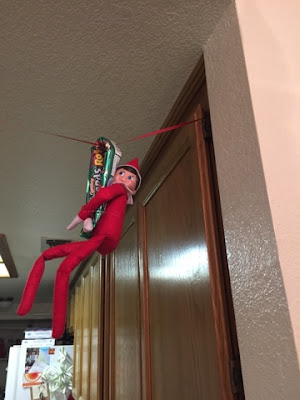 December 4 – The Stocking – needed a quick idea!
December 5 – Girls Chatting – don’t forget our elf is a girl!
December 6 – Hanging Around – another quick idea.
So yes, some days we spend money and time on EOTS and some days we don’t give a shit and do something super convenient! It also depends on if she’ll see Linda in person or if it’s just via FaceTime or a pic. Sue us, we aren’t perfect, nor or we super gung-ho about this EOTS.
Effffffin’ EOTS!