Everyone is excited about GALentines, but it’s all about PITCHERS & CATCHERS reporting TODAY!

I’m all about celebrating women, which is today….BUT…I can’t hide my excitement for Baseball season!

Fan Fest for my beloved SF Giants was this weekend, which only heightened my excitement level. As we came down from the high of seeing our favorite humans and being in our home away from home, we didn’t have to let our low get too low. Because only two short days later is today, when our pitchers and catchers report to Arizona for Spring Training. Now, we all know that even though it’s just P&C, many others will arrive early too.

I knew FF was rapidly approaching, but I didn’t really make solid plans to go…until the weekend before. I brought it up with J and he was really into it. Surprise to me! We both were happy to get to take L to her first FF, since we’d both been independently. I didn’t realize it was also her first time ever at AT&T Park. That made me happy to be able to take her to one of my favorite places!

My co-worker K is also a huge Giants fan, so I recruited her to come along and hang out with us. She was happy to do so, so the four of us spent the entire day adventuring together. Thankfully, she was kind enough to drive us all to and fro. We all piled in the car, grabbed Starbucks for breakfast, and headed straight to AT&T Park. We left Sacramento knowing we’d get there after it started. 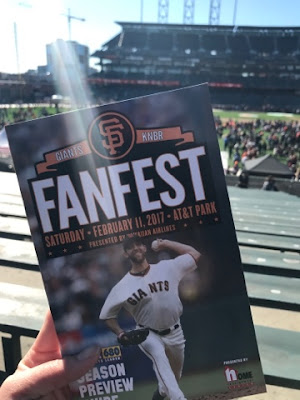 We’ve all been before and know the insanity that can be Fan Fest. We figured we’d let it settle a bit before we actually got there. This year was less crowded than years before, but it’s (my guess) probably because it was the FF after a year they did not win the World Series. They did go to the playoffs last year and had a great year, but no ring!

Since L had never been there before we walked all around the main level. Starting in the Press Box, which was new to me. Then making our way toward McCovey Cove so L could see the water where the kayakers normally would be, none that day. Then to the trolley for a cute pic. We strolled passed so many different lines with time waits of over 60 minutes for autographs. We aren’t into that type of thing, so we just kinda laughed at the wait sign times and kept on walking. We made our way to the big Coke bottle so L could go down it, since Lil and I always wish we could go down. You gotta be 14 or younger :/ 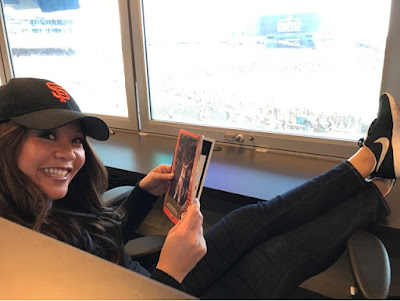 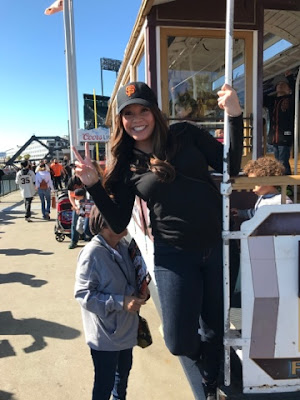 While
L and J waited for the slide, K and I ran to grab a hot dog and beers. I
also got the coolest souvenir cup! Then we hung out in the bleachers to
enjoy the view and the treats. Once L was done with her slide action,
we peeked at the Lego version of Posey & MadBum. Those are so dope,
maybe we can make it to Lego Night at the park this year! 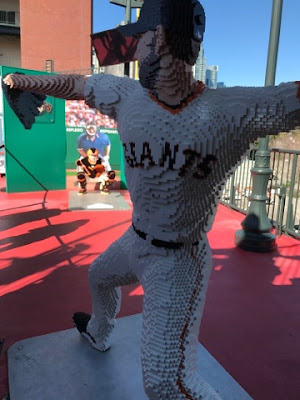 Then
we headed down to the floor level to check out the SF Garden. I follow
them on IG and they do great stuff for the community. They are always
hosting local schools and showing them how to cook with ingredients from
the garden. They also have a huge bar down here, as well some nice
lounging seats and fire pits. Posey was stationed right outside the
Garden, on the warning track for autograph signing, so it was pretty
crowded. We exited the garden onto the warning track and watched L touch
her first MLB field! 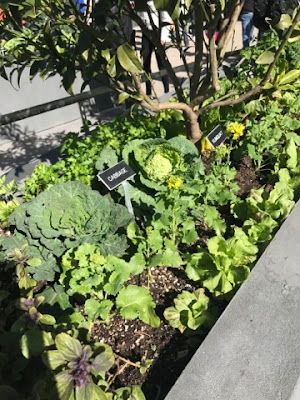 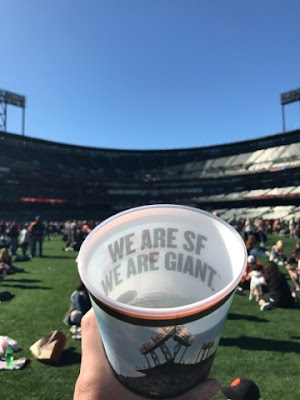 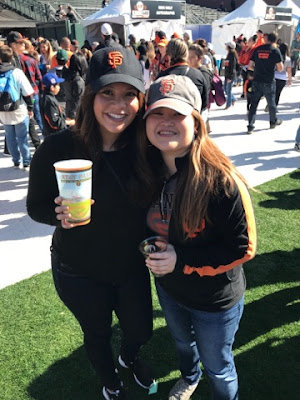 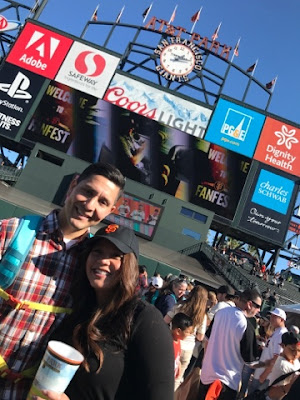 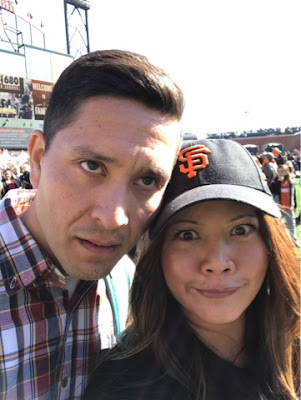 Then we wandered around and looked at all the tents on the warning track. We grabbed samples of this and that, peeked our heads into other random marketing booths too. Then we decided to hang out on in Left field for a bit, behind the KNBR stage where 3 people were being interviewed, at a time. We could also hear the interviews on the loud speakers and see them on the megatron too. We ended up relaxing here for awhile, enough so J could even nap. 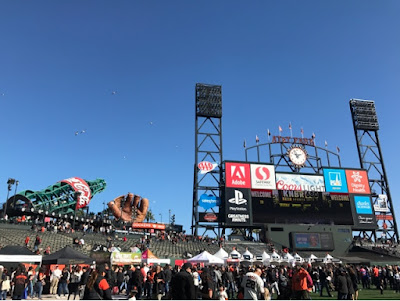 We were using Yelp to find somewhere to go grab a really late lunch. Finally we made a plan to exit the park, shop at the Dugout Store, then grab lunch. As we started to walk toward the exit, we were basically following the SF Mayor. Whom everyone was saying hi and thanking him for free community college (Google it).

I knew I should haven’t gone into the Dugout store, I couldn’t leave without buying something. Surprisingly, L wanted to use some of her savings and buy a jersey. She got the cutest, yet super girly, white jersey with pink piping and a sparkly pink logo. Totally her style and looked great on her. I love that she’s starting to really love the team. I swear, no brainwashing or anything going on 😉 HAHA

We decided to walk to our restaurant of choice, Marlowe. However, upon arriving, we noticed they only had a limited menu in between lunch and dinner. A $17 burger for L was a little expensive, so we decided to go somewhere else. This place was so cute and trendy, I would have loved to stay if they had a kids menu. We ended up walking back to a place we’d seen on our walk to Marlowe, the Creamery. We ended up getting L lunch from there and then going next door to the Iron Cactus for our meal. Both places were just mediocre, which was sad because K is a foodie too. 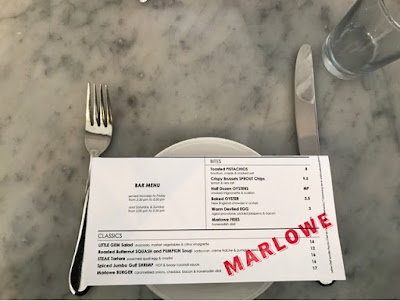 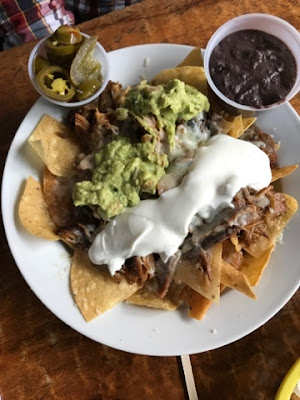 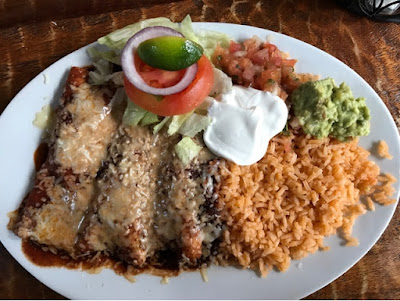 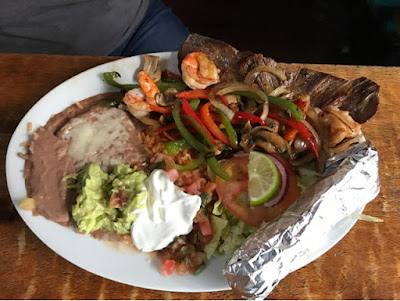 Next, we decided to grab coffee before we did a little more adventuring. We decided to try out Milkbean because they had milkshakes and coffee, even though no milkshakes were ordered. I went with the Soy Nutella Latte and K ordered the S’mores Latte. Mine was delish, K’s was a lot of almond milk with s’mores on top. Then we decided to give Lombard Street a whirl. I feel like I’ve had to have done this before, but I cannot recall. It was super fun and I felt like a kid going down it! 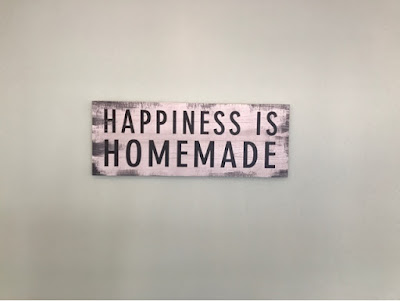 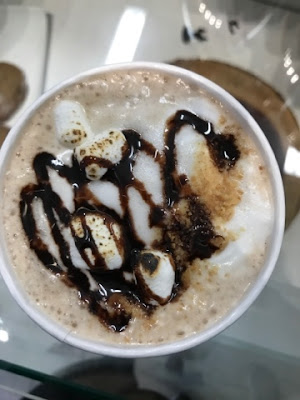 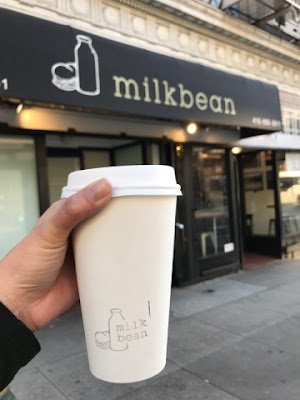 We were going to head to Kirby Cove, but I goofed up and didn’t realize you had to hike 2 miles to get to where we wanted to go. So instead, we winged it and ended up crossing the Golden Gate bridge and pulling over at the Vista Point to pretend to watch a sunset. But we did get some gorgeous pics. It was starting to get really cold and we’d been gone all day. We decided it was time to head back home. But of course, we stopped in Sac and grabbed dinner to end our adventure. 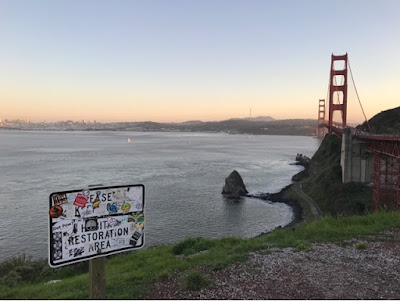 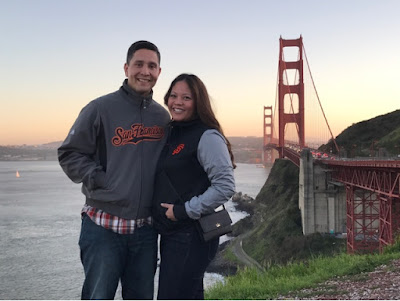 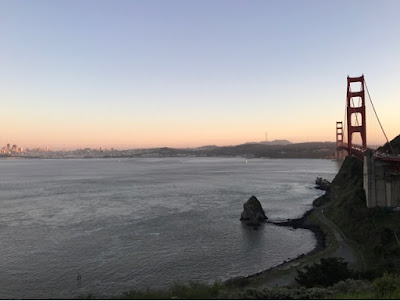 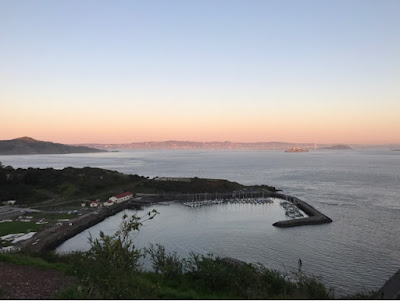 It was a great day of memory making for all of us. It’s always a blessing when your co-worker becomes your friend. She is so good with kids and L enjoyed spending the day with her. It was an amazing day spent at one of my fave places to be, with some of my fave people. I can’t explain how excited I am going cultivate a love for baseball for L, as my dad did for me. For last minute planning, I think our trip and FF adventure turned out amazing.

I can smell baseball in the air!

Diary of a Non-Cook: Zucchini Bread